In honour of the 100th birth anniversary of Buddhadāsa, second of three articles, published in Turning Wheel: The Journal of Socially Engaged Buddhism in 2006, by Santikaro Upasaka* (Kevala Retreat, USA), translator/editor of Heartwood of the Bodhi Tree, Mindfulness with Breathing, and Under the Bodhi Tree by Buddhadāsa Bhikkhu

Tan Ajahn Buddhadāsa Bhikkhu was one of the most influential figures in Thai Buddhism during the last century. His progressive and reformist character, as well as his profound but extremely straight forward Dhamma teachings made a lasting impact on Theravāda Buddhism. This year, 2006, is his birth centennial. This is the second in a series of Turning Wheel articles in his honor.

One of Ajahn Buddhadāsa’s lasting influences has been his friendliness toward and interest in other religions, and his efforts at inter-religious cooperation and understanding. For many decades, he was the leading Buddhist voice in Thailand speaking for mutual understanding and cooperation among religions. Toward the end of his life, a visiting American Catholic monk who had come for a conference in Bangkok was brought to Suan Mokkh by one of Thailand’s Catholic bishops – Christians visiting Thailand who wanted to meet a prominent Buddhist were usually taken to see Ajahn Buddhadāsa.

When Bishop Manat brought this American Catholic to visit, I was the resident foreign monk at Suan Mokkh and looked after such guests. I was struck by how proud of Ajahn Buddhadāsa the Bishop was. I thought this was heartening, given how often in our world religion is used to incite sectarian conflict. Here was a Catholic bishop expressing pride in “our” Buddhist monk, someone he clearly took to be the most significant religious figure in the country. Nor was he the only Thai Catholic bishop who was a fan of Ajahn Buddhadāsa, which tells us something about the open­-mindedness of Thai culture.

In the 1970s Ajahn Buddhadāsa was the first Buddhist speaker to give the annual lecture series at Thailand’s main Protestant university. He gave three talks that were published in one volume as Christianity and Buddhism. Later, he gave a series of talks at Suan Mokkh published as The Essence of Christianity as Far as Buddhists Should Know. He emphasized that Buddhists have much to learn from Christian teachings about the practice of mettā​ (loving kindness), that mettā requires more than just sitting on the cushion wishing other beings well. He recognized that Christian tradition has a more developed and focused history of social service than do the disorganized Buddhist traditions of Asia.

Even as a young monk, Ajahn Buddhadāsa made friends with followers of other religions. In the early 1930s in Bangkok, he was close to Swami Satyanandaburi, an Indian Vedantist who wrote about the social sciences. They frequently talked about their respective religions, modern developments, and what they shared in common. Unfortunately the Swami died in a plane crash in Burma not long after that.

Ajahn Buddhadāsa also encouraged Theravādins to open up to other Buddhist traditions. The Dalai Lama made two visits to Thailand before opposition from the Chinese government made it became politically impossible. Ajahn Buddhadāsa first met the Dalai Lama in Bangkok in 1964. A few years later [in 1972], the Dalai Lama visited Suan Mokkh, mainly to discuss ānāpānasati (mindfulness with breathing). The Dalai Lama felt that Tibetan Buddhists needed more practice cultivating samādhi and saw Theravāda Buddhism as the principle resource concerning ānāpānasati, the classic meditation practice of early Buddhism. At that time, they also discussed the possibility of Tibetan monks coming to live at Suan Mokkh and Ajahn Buddhadāsa began to draw plans to build a Tibetan gompa in one corner of the monastery. Unfortunately, due to Chinese opposition, this never came about.

Ajahn Buddhadāsa translated major parts of the Lankavatara Sutra, an important Mahāyāna text, as well as two classic Zen texts – The Platform Sutra of Hui Neng and The Zen Teachings of Huang Po. Thus, the first widely known Zen translations in Thailand were done by him.

In inter-religious dialogue, it is important to be mindful of our terminology. English terms inevitably carry Christian connotations that may not jibe well with other traditions. The Pāli word sāsana is commonly used to translate the English word “religion” though they are not actually equivalent. Concerning sā​sana, Ajahn Buddhadāsa wrote:

Sāsana is not merely teaching (its basic meaning), but refers to activity that brings about survival (or salvation)[1]. Religion comes from roots meaning both ‘to observe’ and ‘to bind.’ Combining these two meanings results in ‘the action in line with divine teaching that bears the fruit of unifying humanity with Heaven or God.’ Thus, religion is about action. In Buddhism, the Buddha called this ‘Dhamma’ and ‘Brahmacariya,’ not sāsana, because he stressed action.

From his reading of the Koran, the Bible, the Upanishads, and other great texts, and from meeting with followers of different religions, he came to believe that at heart all religions perform the same basic function of saving us from selfishness and suffering.

Sāsana is action that leads to salvation. It’s based in the instincts of fear and wanting to survive. The basic activity or struggle is the same in all forms of life, only differing in the level on which it operates. For this reason, all people are the same people; all religions are the same single religion.

At other times Ajahn Buddhadāsa focused increasingly on what he liked to call the heart of all religions – unselfishness. He would point out, for example, that Christian teachings and practices were for the sake of unselfishness. If one really takes on the belief that God so loved the world he gave his only begotten son and obeys the commandment to “love thy neighbor as thyself,” it is impossible to be selfish. He also described the discipline and effort of Islam as a way to restrain and overcome selfishness. In Buddhism he stressed how the teaching that all phenomena are not-self and that there is nothing worth clinging to as “me” or “mine” leads to the realization of selflessness. In all the different traditions, he saw the common element of overcoming selfishness.

He expressed his own intention regarding religion in terms of 3 vows. He vowed to do everything in his power:

1. To help others to realize the heart of their own religion.

2. To work for mutual good understanding among the religions.

3. To cooperate in dragging the world out from under the power of materialism.

People must understand the core of their own tradition in order to have inter-religious exchange and cooperation. Only when we can speak from our own deep experiences of our respective traditions will there be a basis for understanding the religions of others. (Of course now we have a new problem that Ajahn Buddhadāsa didn’t face, which is that many people don’t have any tradition at all and are piecing together a hodge-podge of whatever the market offers.)

Ajahn Buddhadāsa wasn’t an activist in the sense of organizing inter-religious conferences; however, people who were influenced by him did just that. In Thailand, one prominent lay Buddhist strongly influenced by Ajahn Buddhadāsa is Sulak Sivaraksa, who founded many NGOs. One of them is called the Thai Inter-Religious Commission on Development. This was one of various groups that worked to promote inter-religious understanding within Thailand. Sulak, myself, and other students of Ajahn Buddhadāsa were also involved in the Asian Cultural Forum on Development (ACFOD) which had a strong inter-religious component. At Suan Mokkh, Christian groups would come for retreats. The Catholic meditation teacher, Father Laurence Freeman and I led a retreat there that brought together Christians and Buddhists, both Asians and Westerners.

Ajahn Buddhadāsa was not uncritical of the various religions. Just as he had an ongoing critique of Buddhism, he at times would critique other religions as well. He could be critical of what was sometimes called “Hindus swallowing up Buddhism.” In Suan Mokkh’s Spiritual Theater, a building covered inside and out with carvings and paintings expressing Buddhist themes, there is a picture of a Brahmin priest swallowing a Buddhist monk. On the other hand, he pointed out that the main reason for this swallowing is the inability of Buddhists, and especially Buddhist teachers and leaders, to be clear about what Buddhism is and is not. Buddhism in India became overly involved in ritualism, priestly hierarchies, and tantra, none of which were true to the Buddha’s original teaching. Even worse, they lost track of liberation in this life by overemphasizing rebirth moralism. Because Buddhism wasn’t able to stick to its original inspiration, it became in many ways indistinguishable from Hinduism.

He was critical of attempts by Christians to buy converts. One of his journals noted of Christian missionaries: “If you buy our stupid ones, we’ll get your smart ones.” When a religion stoops so low as to use either force or bribes to gain converts, it loses the very people who see through such manipulation.

He was critical of Buddhism and other traditions when he felt they were behaving superficially, such as giving too much importance to rituals or individual teachers. In his understanding, even the founder, the Buddha himself, should never be put above the Dhamma.

1. The attitude that religion is not necessary in the modern world. That we have somehow advanced beyond the need for religion.

2. The attitude that non-religious phenomena such as psychic powers and emotional exuberance are religious or spiritual.

3. The attitude that denies true religiosity. For example, to claim that freedom from greed, hatred, and delusion is not the basis of liberation, or that such defilements somehow make us stronger.

4. The attitude that religion is about “getting something” such as material security, merit, and the answers to our prayers.

5. The attitude that religion is the enemy of socio-economic development.

6. The attitude that religion provides a competitive advantage in worldly matters, e.g., in countries where religious majorities use religion to monopolize power and resources.

7. The final and most dangerous is the attitude that other religions are opposed to our own.

Ajahn Buddhadāsa felt that as long as we hold these attitudes, especially the last, religion will never be powerful enough to do its job – to bring us salvation and peace. The fighting, competing, and arguing that ensue from such attitudes make world peace impossible. Teachers like Ajahn Buddhadāsa, with their valiant friendliness towards others and untiring efforts to understand the great variety of religions in the world, are true peacemakers to be studied and emulated. May we take him as our inspiration to work for cooperation and understanding for the benefit of all.

[1] There’s a bit of a pun here. The Thai word raud means ‘survival’ but is also used to translate the Christian term ‘salvation.’ 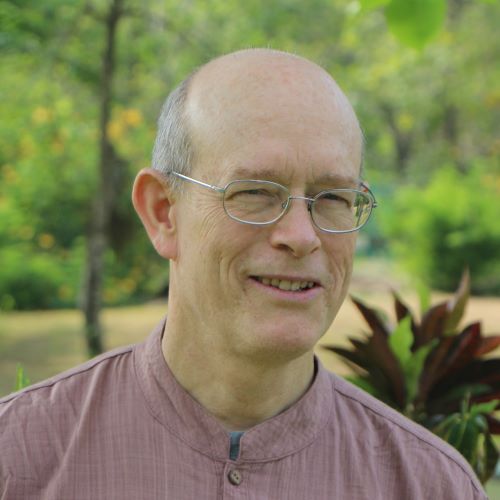