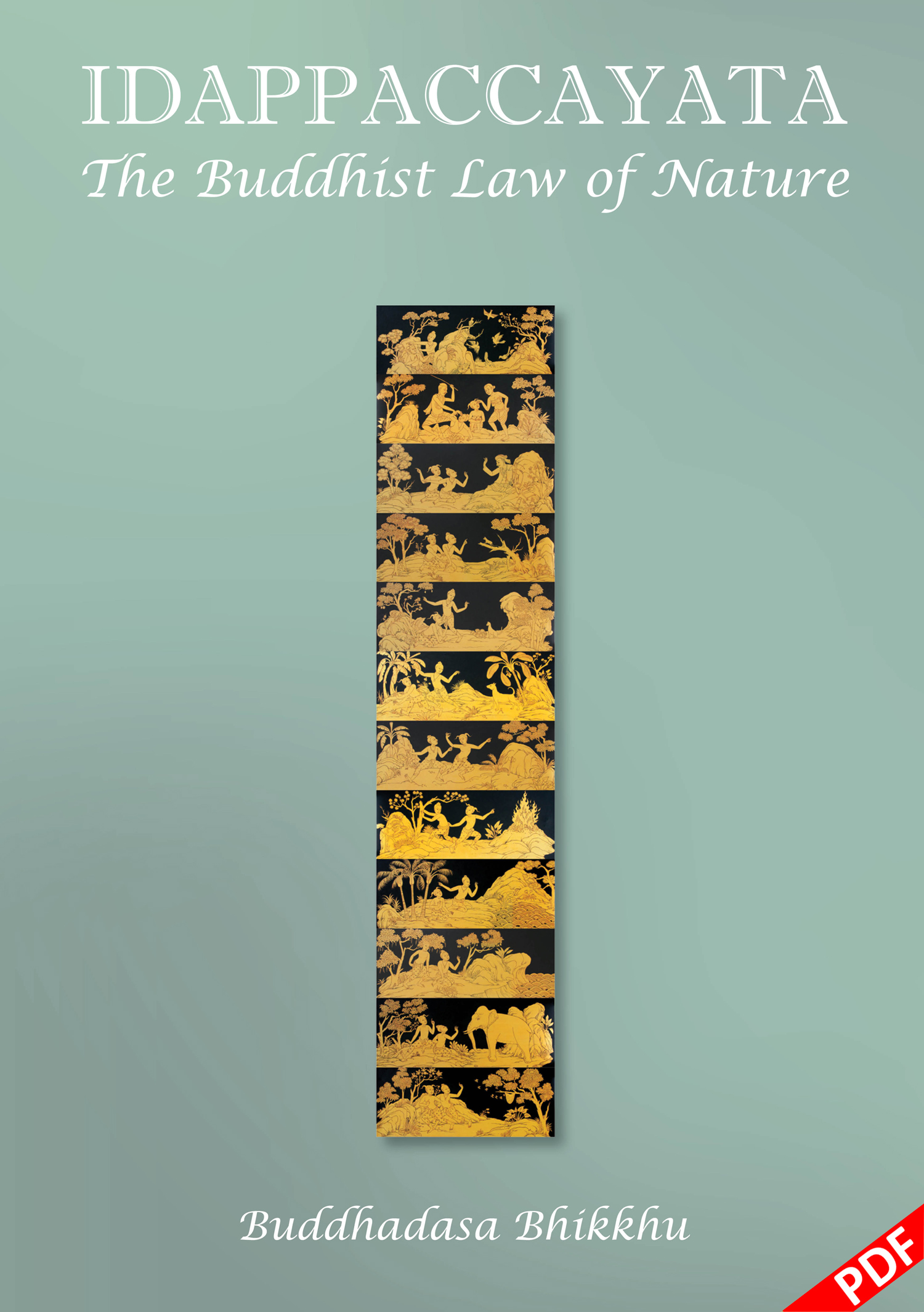 Idappaccayata: The Buddhist Law of Nature

“Idappaccayatā, conditionality, the Buddhist Law of Nature, is, says Buddhadāsa, the heart of the Buddhist system, and yet it’s simplicity itself: when this is, this can come to be; when this isn’t, this can’t come to be; that’s it! In reality, life is a stream of conditionality, a stream of idappaccayatā, of ever-changing conditions producing ever-changing results both mentally and physically. Buddhadāsa points out, among other things, that because this is so, then life can be manipulated, providing we know how. If we don’t know how, then the world we have to experience through the senses will manipulate us, and all the time so that we’ll never, or very rarely, experience any real peace of mind. However, if we can acquire the necessary skill, then we can exercise some degree of control, we can manipulate the flow of conditions by practising to control our responses to the world we live in, thereby enabling life to become a very different experience. In this discourse, Buddhadāsa looks into this little known but important subject and ventures into some strange, but always interesting, places as he goes about rendering it understandable.”