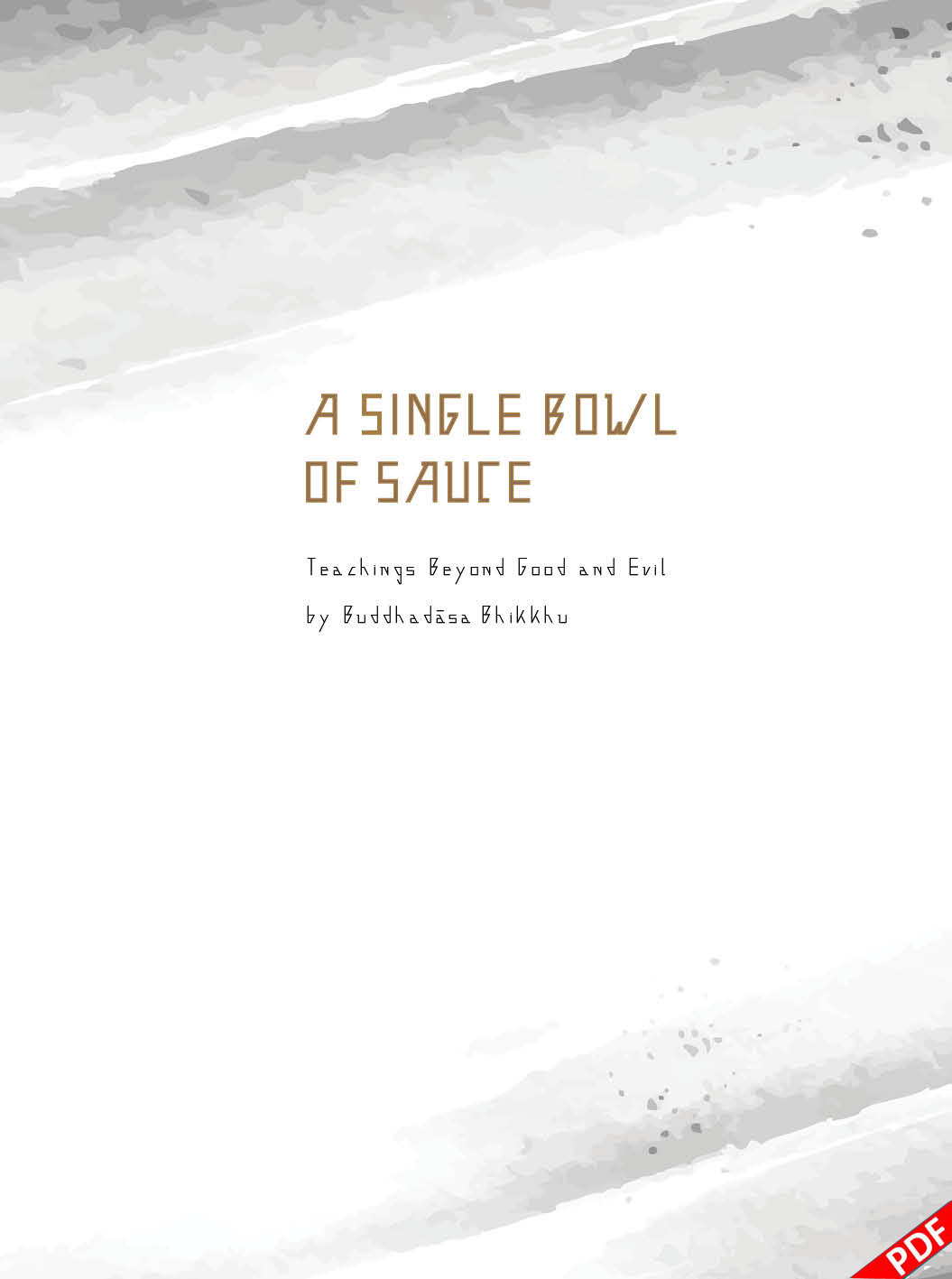 A Single Bowl of Sauce : Teachings Beyond Good & Evil

“In this volume, I am delighted to find a pleasant mix of old pieces that many people have never seen, a few old things long out of print, some new translations, and pieces that have long been on the web and were ripe for fresh, revised publication. These many-sided examples of Tan Ajahn’s teaching supplement the longer works currently in print, such as the newly issued Under the Bodhi Tree, on dependent co-arising. In this volume, readers will find summaries of the key themes of Tan Ajahn’s Dhamma life and specific application of them to particular activities such as agriculture and economics, as befits the theme of this 111th Anniversary conference. May these introductions for new students and reminders for old students help us keep the Buddha-Dhamma Way in our hearts, words, and actions for the sake of all beings, especially those most vulnerable and threatened by out of control kilesa. May Buddhadāsas continue to appear so that the world will not be empty of arahant, nor be empty of humanity.”

Contents: “Help, Kālāma Sutta, Help!,” “The Three Wishes,” “Exchanging Dhamma While Fighting,” “The Basic Nature of Human Life,” “Disadhamma: The Meaning of the Six Disas,” “Agridhamma: The Duty of Professional Agriculturists,” “Buddhadāsa on Economics” (interview), “A Single Bowl of Sauce Solves All the World's Problems,” “The World and the Dhamma,” “Beyond Good and Evil” (interview), “Let's All Be Buddhadāsas,” “The Third Wish: To Lead the World out of Materialism.”